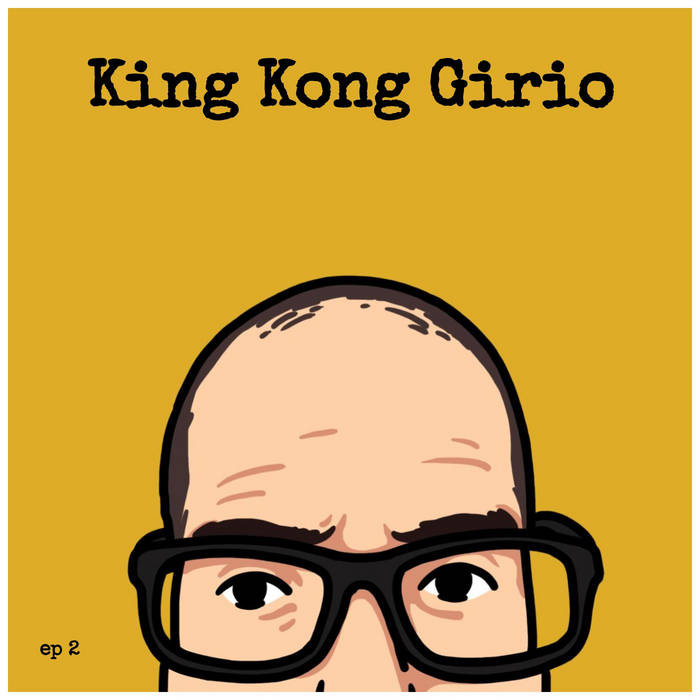 Once a month (for the next 6 months) I will be completing a track for this EP (no. 2).
The story:
In 2007, Nelson McIntyre Collegiate (in Winnipeg) put on a musical (London Town) using songs by Greg Milka Crowe and myself. Greg put the show together along with Cory Wojcik (who wrote the book for the show and directed). It was a full ska musical performed by high school students and for an audience who had never heard these songs before.

My songs were from demos that I had passed on to Greg (years before) on cassette when I got to produce an album for Whole Lotta Milka. So in March, 2007 I was flown out to spend a week witnessing the show pull together for a 4 night run. The whole experience was surreal and inspiring.

I felt so lifted by the energy and dedication that the students, Greg and Cory gave I decided to put together a record - which would be my first as King Kong Girio. I had a few songs that I wanted to track and I wrote a number of new ideas to be completed as I recorded. I was fortunate to have Mike Gasselsdorfer (Beatdown, Lo & The Magnetics, General Rudie) travel from Montreal to drum on all 10 songs. I'd strike up a click track and play the song to him fresh. He'd run it two, maybe three times and it would be a take, full of the twists and turns that I was hoping for.

And then I stalled... I had managed to complete the songs that were already written and eventually released them as EP 1 (2011). 4 songs from that drum session were included. But for the other songs, I was stuck. Each had a written chorus, but the verses wouldn't come.

So here I am and I've decided that hell or high water I will finish these while I still have the time and energy to do so.

1. Storm Of The Century
2. Love Letters

Recorded, mixed, mastered by M. Girio at The Slow Cooker
except
Drums tracked at The Electrical Room

Bandcamp Daily  your guide to the world of Bandcamp